Song of Solomon by Toni Morrison (+) 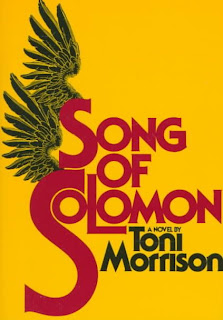 I received Toni Morrison's Song of Solomon as a Christmas gift from my father this year (or, I guess last year). It is the third of Ms. Morrison's novels I've read.  The others being The Bluest Eye (another Christmas gift from my father a couple of years ago) and Beloved. All of them have been fantastic books, but even so I was not prepared for Song of Solomon.

I am not worthy to this review book.  Seriously. 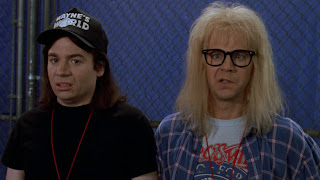 So what is it Song of Solomon?  Hmmm.

It's a coming of age story.  It's a dark family history.  It's an assassins' story.  It's a treasure hunt adventure. It's a search for meaning in life.  It's folk legend. It's a mystery. It's beautiful, and horrific at turns.  It's powerful, and gentle. I'm sure I missing more...

It is also assuredly Morrison's masterpiece (with apologies to the tomes I have yet to read).  When I reviewed Beloved, I mentioned that it wasn't an easy read.  It was difficult. Complex. But that in the end it was worth the work, because in the end the work was more powerful for it.  Song of Solomon is none of that, and for that reason I'm going hoist it up on the shoulders of Beloved.  It is every bit as beautiful in it's simpler style, and is as powerful as the more lauded Beloved.  Yet, it is just less work for the reader.  For at the very least, the same payoff.

Milkman Dead is a young man born into a well-off black dysfunctional family with a violent past that would make Cormac McCarthy cringe.  His family situation is so 'off', than I couldn't do their dysfunction justice by trying to explain it.  Suffice to say, Milkman's dream is to leave the family behind.  The result being a cross country trip to search for gold...a treasure left behind by his family's violent past.  The irony being that as Milkman search for answers as to what happened to the gold.  He is drawn more and more into his family's story.

There is so much more to it than that attempt at a synopsis.  There's also his cousin Hagar, whom he has had an affair with for years.  When he finally calls it off, she goes insane and begins a monthly ritual of attempting to murder him.  There's Guitar, his best friend, a member of an assassin's group that kills innocent whites when a black person is killed by a white as retribution and to "balance things."  There's Pilate, his aunt, who has unknowingly carried around a bag of her murdered father's bones for decades.  I'm going to stop there...there are just too many fascinating, bizarre characters.  And like I said I'm not worthy.

This is the best book I've read in years.  As least since reading Lolita by Nabokov.
Posted by Tony D at 6:47 PM